by Poitín and Neige Pruvost 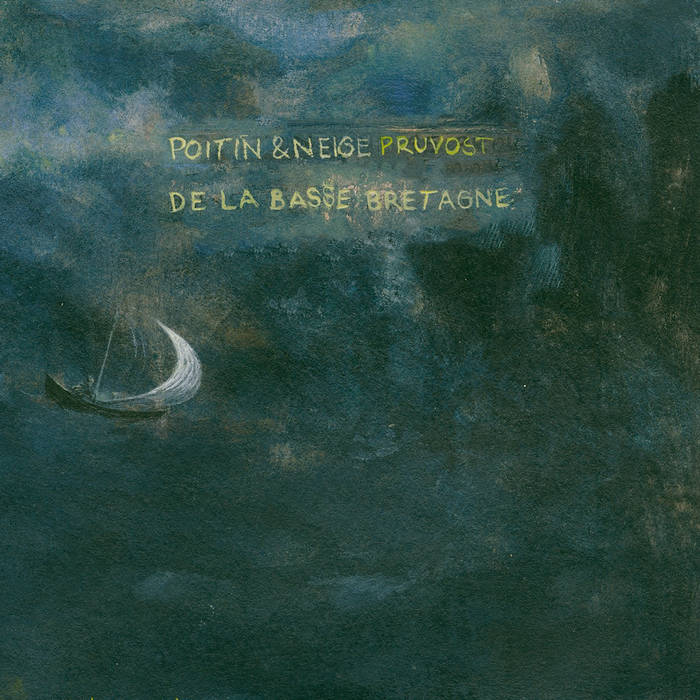 Poitín say: 'We bade adieu to Neige in 2001 when she returned to Bordeaux, but before she left we went into the studio one spring weekend and recorded the basics of her Breton and French songs. Neige was ill at the time with a bad back which had an affect on her vocals and gave them a powerful edginess. We left the material in its rough state and returned to it about a year and a half later. We tried to give the CD a different sound from the first one, mainly to give it a more unified mood. We originally wanted to have lots of guest artistes, but in the end we made do with only one, the excellent bassist Dan Eberle. In one afternoon he managed to lay down the bass tracks which give the album a depth which some of us thought was missing from the first CD. Evička recorded her flute parts in an expectant condition and perhaps this influenced her beautiful solo on La Blanche Biche. Next we recorded the two instrumentals, Gavotte des Montagnes and An Dro which we played at concerts long before De la Basse-Bretagne was dreamed up. We re-arranged it for two guitars and tin whistle. The sound, mood and arrangement is slightly different from the other pieces and perhaps because of this we chose it as the title piece. Tyna finished her flute parts with the solo at the end of the recording and also sang with Kuba the Czech folk song, Lída, Lidunka. We added it at the end as a bonus track because we like it, we sometimes play it at concerts…and just simply because it seemed like a good way to finish the CD. Jack-of-all-trades, Antonin Vyshata, added clarinet and suddenly it was completely different from the live version. Apart from the harp and clarinet, Antonin also had a go at the bombard ( a traditional Breton reeded wind instrument) and the ancient Philicordia keyboard which added the darker atmosphere to the bleak Marv Pontkalleg and Kan Bale an A.R.B.
Despite having a few faster songs, the general feel of the album is slower, calmer tempoed, there are no classic ‘sets’ and it doesn’t even sound particularly traditional. It has a slightly more modern sound whilst staying firmly in the realm of the acoustic. The CD booklet was painted by the bodhran player, Tonda Mužík. It turned out really well. His dark blues perfectly suit the mood of the album and, if you look very carefully, you can see a tiny little figure on the landing stage of the departing Neige…(at least that’s what Tonda says, and he should know…)

Poitín are an award-winning traditional Celtic band from Pilsen in the Czech Republic. They explore all forms of Celtic music but are firmly grounded in the pub session tradition and like nothing better than sitting round a table in the corner of a cosy pub playing old favourites about tarry sailors, merry maids and drunken nights. Poitín have performed at festivals across Europe. ... more

Bandcamp Daily  your guide to the world of Bandcamp

Featuring interviews with the mighty Haitus Kaiyote and genre-busting L'Rain.