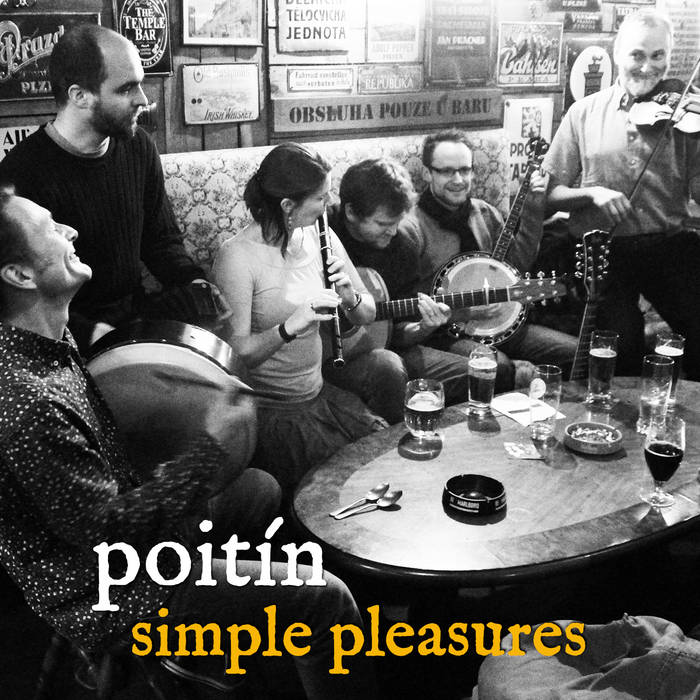 Simple Pleasures is the band’s sixth studio album. The 13 tracks are a mix of traditional songs and instrumental tunes, and most of the instrumental sets include original compositions by the band. In addition to concertina, bouzouki, banjo, fiddle, whistles, flutes and bodhrán, former band member and sax player Helena Marková, who played sax and whistles on Hot Days (2006) and Bofiguifluki (2010), returns as a special guest on this album.

Poitín are an award-winning traditional Celtic band from Pilsen in the Czech Republic. They explore all forms of Celtic music but are firmly grounded in the pub session tradition and like nothing better than sitting round a table in the corner of a cosy pub playing old favourites about tarry sailors, merry maids and drunken nights. Poitín have performed at festivals across Europe. ... more

Bandcamp Daily  your guide to the world of Bandcamp

Featuring interviews with the mighty Haitus Kaiyote and genre-busting L'Rain.